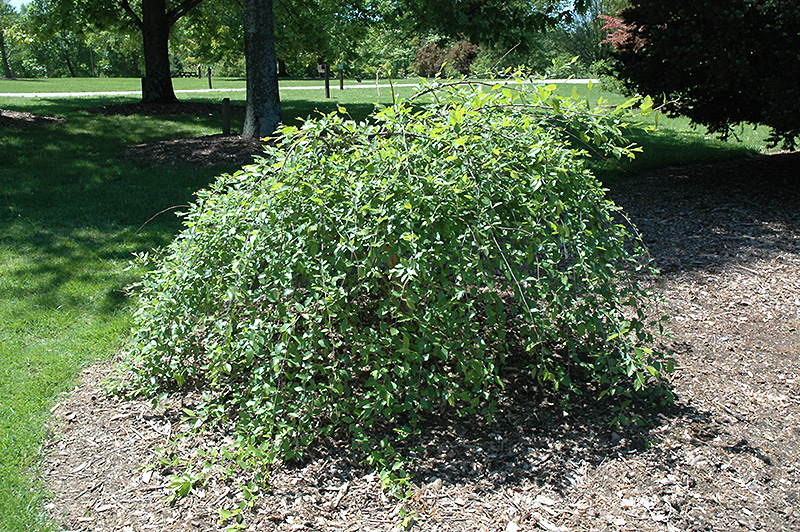 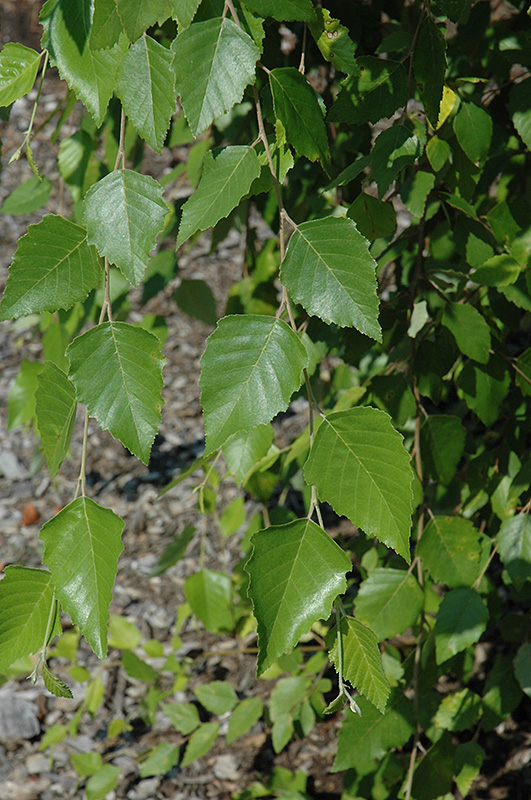 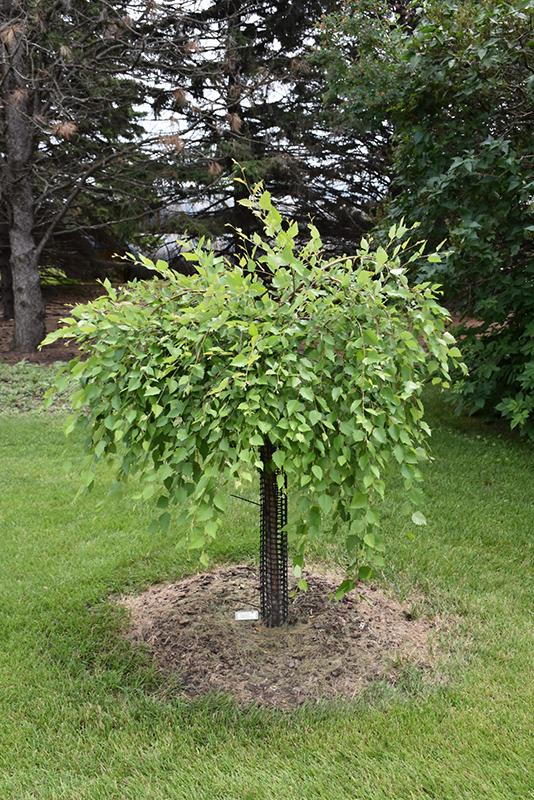 A gracefully weeping form of this prize native birch valued for its stunning peeling bark; long flexible stems can be made into topiary; good fall color; can be trained to grow to various heights, does best in acidic soil

Summer Cascade Weeping River Birch is primarily valued in the landscape for its highly ornamental weeping form. It features subtle chartreuse catkins in early spring. It has dark green deciduous foliage. The pointy leaves turn an outstanding yellow in the fall. The peeling tan bark is extremely showy and adds significant winter interest.

Summer Cascade Weeping River Birch is a deciduous tree with a rounded form and gracefully weeping branches. Its relatively fine texture sets it apart from other landscape plants with less refined foliage.

This is a relatively low maintenance tree, and should only be pruned in summer after the leaves have fully developed, as it may 'bleed' sap if pruned in late winter or early spring. It has no significant negative characteristics.

Summer Cascade Weeping River Birch will grow to be about 20 feet tall at maturity, with a spread of 20 feet. It has a low canopy with a typical clearance of 1 foot from the ground, and is suitable for planting under power lines. It grows at a fast rate, and under ideal conditions can be expected to live for 70 years or more.

This tree does best in full sun to partial shade. It is quite adaptable, prefering to grow in average to wet conditions, and will even tolerate some standing water. It is not particular as to soil type, but has a definite preference for acidic soils, and is subject to chlorosis (yellowing) of the foliage in alkaline soils. It is highly tolerant of urban pollution and will even thrive in inner city environments. Consider applying a thick mulch around the root zone in winter to protect it in exposed locations or colder microclimates. This is a selection of a native North American species.