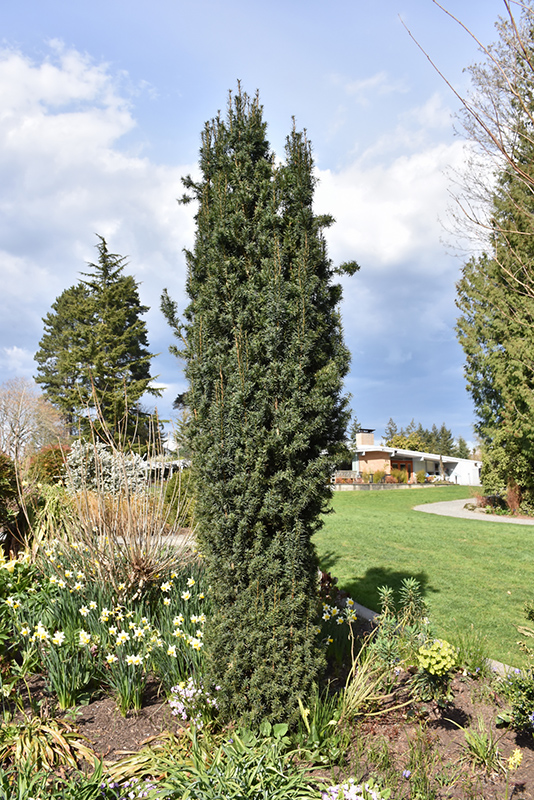 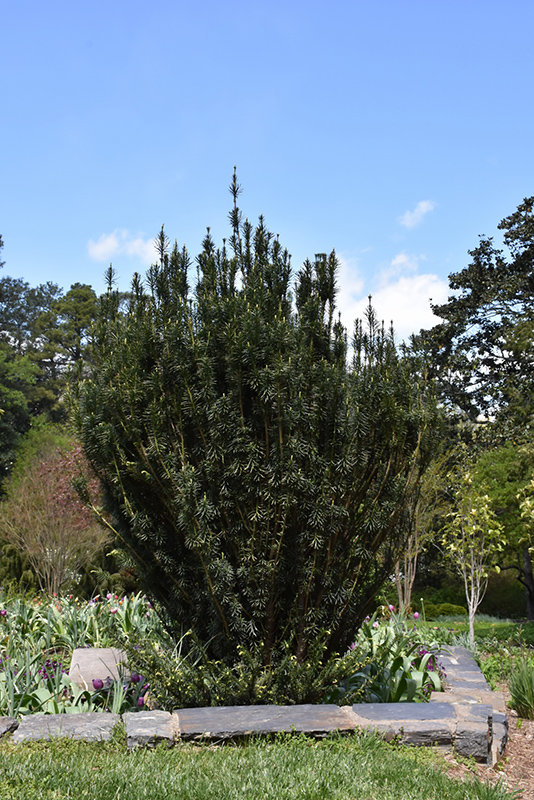 An attractive upright landscape shrub that is very heat tolerant; can be sheared annually to shape; will take more shade than almost any needled evergreen; makes a great hedge in a shady area; good for foundation planting

Upright Japanese Plum Yew has attractive bluish-green evergreen foliage which emerges light green in spring on a plant with an upright spreading habit of growth. The needles are highly ornamental and remain bluish-green throughout the winter.

Upright Japanese Plum Yew is a multi-stemmed evergreen shrub with an upright spreading habit of growth. It lends an extremely fine and delicate texture to the landscape composition which can make it a great accent feature on this basis alone.

This is a relatively low maintenance shrub, and is best pruned in late winter once the threat of extreme cold has passed. Deer don't particularly care for this plant and will usually leave it alone in favor of tastier treats. It has no significant negative characteristics.

Upright Japanese Plum Yew will grow to be about 10 feet tall at maturity, with a spread of 6 feet. It has a low canopy with a typical clearance of 1 foot from the ground, and is suitable for planting under power lines. It grows at a slow rate, and under ideal conditions can be expected to live for 70 years or more.

This shrub performs well in both full sun and full shade. It does best in average to evenly moist conditions, but will not tolerate standing water. It is not particular as to soil type or pH. It is highly tolerant of urban pollution and will even thrive in inner city environments. This is a selected variety of a species not originally from North America.